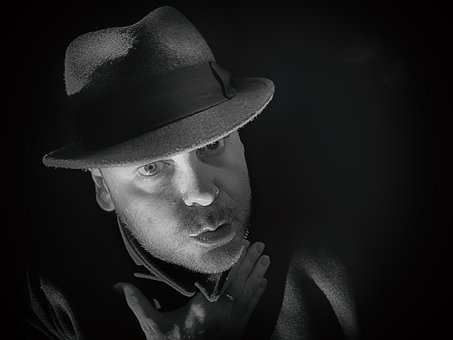 Artie Capello grew up on the mean streets.  At ten, he was arrested for stealing fruit from the stand in front of the corner store, and subsequently found himself in Borough Children’s  Home.  There he was found to have an uncanny aptitude for math, and he was taken under the wing of one of the tutors, Angelo Giliotti, a distant relation of the Taliferro Family.

Angelo made sure the young math wiz finished high school, and then college, getting a degree in accountancy.  Through it all, Artie never got past he feeling of needing to “make it on his own,” no matter what means were necessary.   For Artie, Artie needed to be number one.  Criminality was not outside the possibilities he would employ.

Angelo’s motives had been far from altruistic as well.  Just as Artie was graduating from university, Dino Taliferro, chief lieutenant to Bernardo “Big Bernie” Taliferro came around on his annual recruiting drive for “the family firm.”   Artie’s skills and ambition seemed a perfect fit, and he was soon working as one of the family’s bookkeepers.  His main job was the launder monies through the family’s many construction firms rather than to disclose the “less savoury” true origins of the funds.

Artie’s ambitions soon got the better of him, however.  Within months he was siphoning off a percentage for himself, always recorded into the ledgers as the purchase of housing shingles.  He reasoned that no one would be the wiser – for such relatively small amounts would be hard to notice, especially among the purchases of building firms.

He couldn’t have been more wrong.  Big Bernie didn’t get to the top by being careless.  He regularly had “legitimate” accountants scrutinise the books, and then report back to him any irregularities.

It was late on a Thursday evening, just as Artie was closing up shop for the day, when “Little Paulie” and Tito “Bouncer” Teppista arrived at the office.  The two had come to “politely question” the errant accountant about the shingles orders.  Before he knew what had happened, Artie found himself being held over the ledge of the building by his ankles.  Big Bernie had ordered that they take care of the fiddler, on the roof.