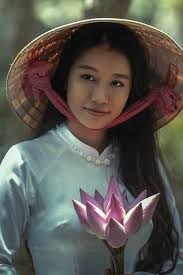 Seymour de Klod strolled into the laundry house at the edge of Parliament Square.  He had anticipated leaving his washing with his “sister” Gwendolyn or her regular helper Cristina.  He was surprised, therefore, when a petite woman, barely a head taller than the counter greeted him.

“Who are you?” he asked hesitantly, then looked around the room to make sure he was in the right place.

“I am Han Ni,” the little woman replied.  “You must be Seymour.  I was told to expect you,” she said in a thick Sea Lands accent.

Just then Gwendolyn came from the back room wiping her hands on a hand towel.

“Seymour, My Lovely – I see you’ve met Han Ni,” she said with a broad smile.

The huge warrior placed his bundle of washing on the counter and then stepped through the hatchway and gave Gwendolyn a hug.  As he did, he shot Han Ni a cautious glance and whispered to the Gwendolyn, “Is she another sister?”

“No Sweetheart,” she whispered.  “She is my newest laundress.”

“She’s very little,” he observed. “And pretty,” he added blushing.

Gwendolyn was not sure she had ever seen Seymour blush before.  She patted his arm and said in a conversational voice, “Seymour – this is Han Ni from Shang-Han in the Sea Lands.  Han Ni – this is my big brother, Seymour.”

He strolled over to her and offered a huge hand, “I am glad to meet you, Honey.”

She hesitantly shook his hand, giving a quizzical look towards Gwendolyn.

Despite this, “Honey” stuck and soon it was how she became known within the capital.

Seymour seemed to “stick” as well, and within a year, the massive axeman of Dunes War fame and the tiny, Han Ni, were wed.  A year later their son, Wai Yen was born.